This Marian title, Mary the Virgin made Church, was given to Mary by St. Francis. It reflects the essential obligation of any Christian Church: to give birth to, and proclaim, the Word of God through our presence, our words, and our actions. Mary is the one human being who has done this most perfectly through her willingness to say yes to God’s invitation to be the Mother of God, by her fidelity to that vocation in teaching God’s Son what it meant to belong to the human family in a Jewish culture in his particular time, and by witnessing to what it means to trust God’s Word in whatever circumstances life brings.

In an article entitled, “Saint Francis’ Devotion to Mary”, Ann Wemhoff, OSF writes that Francis usually refers to Mary as either the Mother or God or the Virgin Mother of God. She recalls his devotion to her expressed by a yearly fast in her honour before the feast of the Assumption. It was at the Portiuncula, the chapel of St. Mary of the Angels, that Francis placed the Order under “Mary’s loving care.” From there, he sent his followers out to preach the Gospel and several chapters of the friars were held here during his lifetime.

In this paper we will reflect on his prayer, Salutation of the Virgin Mary: Hail, O Lady, Holy Queen, Mary, holy Mother of God, who are the Virgin made Church, chosen by the most Holy Father in heaven whom He consecrated with His most holy beloved Son and with the Holy Spirit, the Paraclete, in whom there was and is all fullness of grace and every good. Hail His Palace! Hail His Tabernacle! Hail His Dwelling! Hail His Robe! Hail His Servant! Hail His Mother! And hail, all You holy virtues which are poured into the hearts of the faithful through the grace and enlightenment of the Holy Spirit, that from being unbelievers, You may make them faithful to God.

In “A Poor Woman and the Word: The Blessed Virgin Mary” William Short, OFM discusses this prayer. (CD series “The Treasure of a Poor Man: St. Francis of Assisi and Franciscan Spirituality”, chapter 3), Francis used the Marian titles common in his time, like Queen and Lady. The phrase, the Virgin made Church, refers to Mary as the dwelling place, the church which becomes the House of God through her consent. Mary has been chosen by God and, as a Bishop consecrates a church with incense and oil, Mary is consecrated by the Holy Spirit and the Eternal Son whose humanity is being fashioned in her womb. Short notes that it is in “an outsider in the society of her time, that God comes to dwell.” Francis, the poet and troubadour, uses poetic language to sing of his Lady: she is God’s palace, tabernacle, and dwelling. As a Mother, Mary sheltered her child and, like a servant, she cared for him as he became an adult. Mary is the one who shows us how to be fully human.

Mary is the Attentive Virgin: Pope Paul VI recalls the Annunciation writing: “Mary is the attentive Virgin, who receives the word of God with faith, that faith which in her case was the gateway and path to divine motherhood… Similarly, it was faith with which she, thinking back on the events of the infancy of Christ, meditated on them in her heart.”

Mary is the Virgin in Prayer: He explains: “She appears as such in the visit to the mother [Elizabeth] of the precursor [John the Baptist], when she pours out her soul in expressions glorifying God… [her] Magnificat [is] the song of the messianic times in which there mingles the joy of the ancient and the new Israel…. At Cana, Mary… tactfully told her Son of a temporal need …[and] Jesus, in working the first of His "signs," confirmed His disciples' faith in Him” He also notes that Mary was there with the Apostles in the Upper Room continually praying until the Holy Spirit came.

Mary is the Virgin Mother: He writes: “Mary is also the Virgin Mother: she who ‘believing and obeying...brought forth on earth the Father's Son…This was a miraculous motherhood, set up by God as the type and exemplar of the fruitfulness of the Virgin-Church, which ‘becomes herself a mother…. The former (Mary) carried Life in her womb; the latter (the church) bears Life in the waters of baptism. In Mary Christ was formed; in the waters of the Church Christ is put on."

Mary is the Virgin Presenting Offerings: He writes: “Mary is, finally, the Virgin presenting offerings. In the Presentation of Jesus in the Temple, the Church, guided by the Spirit, has detected… a mystery of salvation related to the history of salvation.” Simeon recognized Jesus as the Messiah and at the same time predicted the sword that would pierce Mary’s heart at the crucifixion.

The Franciscan spirituality of Mary invites each of us to reflect on how we, also, can bring Christ to birth in our world today. To do this we, like Mary and Francis, must be attentive to the needs of the world around us. We must be people of prayer, pondering and meditating on God’s Word in Scripture as both Mary and Francis did. We must, like all mothers, be people who care for and serve others both by our prayers for the needs of the world and our actions for justice and peace and, particularly in our time, for the care of the earth and being advocates for those whose livelihoods are affected because of the earth’s destruction. Like Mary, and Francis, we must be people who present our own offerings of time, talents, perseverance in difficulties. It is through our perseverance and courage that the message of Christ can be more loudly proclaimed. Mary, the Virgin made Church, is the one who magnified God for others through her love and fidelity. As we remember her in a special way during this month of May, may we also be mindful of Pope Francis’s call for a marathon of prayer to ask God, through the intercession of Mary, to put an end to this pandemic and to remember all those who have suffered enormously through sickness, death, grief, unemployment or depression during these last few months. 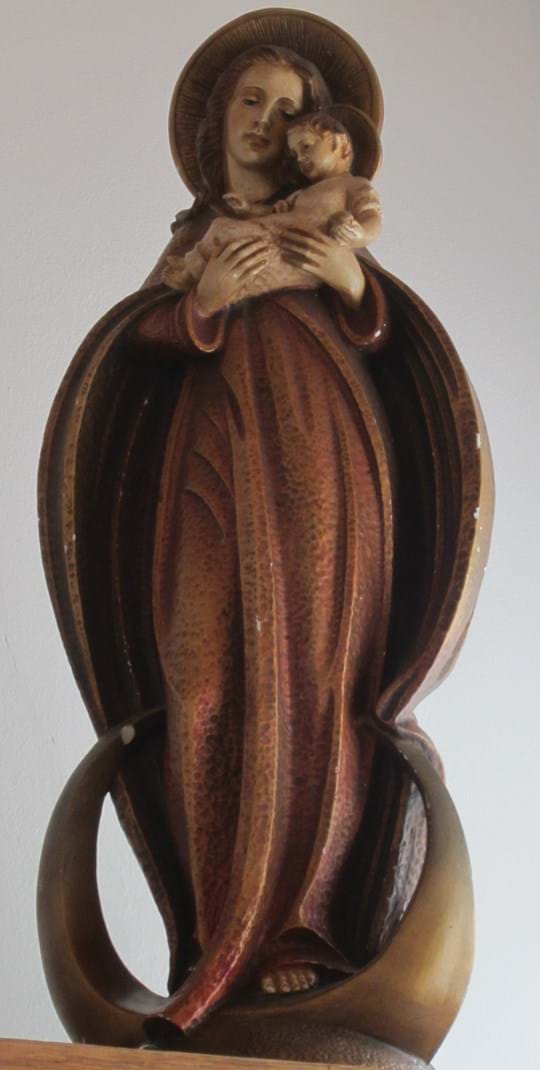