Alice Ingham, the Foundress of the Franciscan Missionaries of St. Joseph, was born on the 8th March 1830 in Rochdale, Lancashire, England. Her mother, Margaret, died in 1842. Her father, George, married her stepmother, Elizabeth, who supported Alice in her search for God’s will.

In 1861 Alice became a member of the Secular Third Order under the spiritual guidance of Fr. Gomair Peteers, O.S.F. His letters to Alice show the tremendous encouragement and wisdom he provided to the new group as they discerned their future. Their aim was to live a simple community life based on the Third Order Franciscan Rule and to serve the needs of the local parish and community. Bishop William Turner, the first Bishop of Salford, granted them permission to do this for a trial period of two years but, unfortunately, he died before a decision about becoming a religious Congregation could be made.

In 1885 five Sisters went to South East Asia to join St. Joseph's Missionaries in the new mission of North Borneo and Sarawak.

In 1886 Bishop Vaughan requested Sisters for his newly established "Catholic Children's Rescue Society" in Salford, to care for abandoned children in risk of losing the faith. He asked Alice to send some sisters to assist in this work, which she did.

In 1888 Mother Francis returned to the North of England, to Blackburn where she died in August 1890 at the age of 60 years. Her remains were taken to Mill Hill, London for burial, at the express wish of Cardinal Vaughan.

The first community was sent to Holland in 1891 and in 1906 the Sisters began work in Ireland. Through the association with Mill Hill the international character of the Congregation became established as Dutch, German/Tyrolese candidates joined the English, Scottish and Irish members.

In 1925 the Congregation obtained Aggregation to the 1st and 2nd Order Franciscans and our title was changed to Franciscan Missionaries of St. Joseph. Although the Decree of Approval as a Pontifical Congregation in 1929 meant separation from the Mill Hill Society, the sisters have continued to work closely with the Mill Hill Fathers throughout our history. 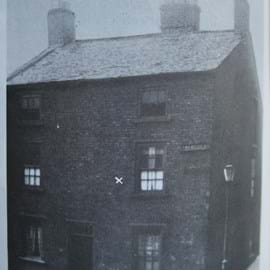 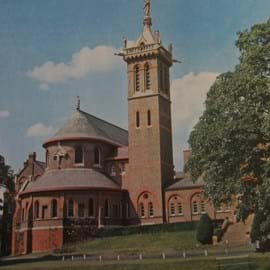